What is a Structured Variable Annuity?

Structured variable annuities do not offer guaranteed income riders. (There are surrender charges for premature withdrawals.)

What these annuities do offer is a “buffer” on an investor’s liability – typically either 10%, 20% or 30% of the market’s decline during a specified period. For example, if a structured variable annuity contract has a 10% buffer against a market downturn over one year, an investor’s account would lose only 10% of its value if the market dropped by 20% because the insurer bears the first 10% of the market’s loss.

The more protection an investor signs up for, the less his or her potential to capitalize on an up market. An example of a structured variable annuity offering a generous potential return is one sold by Brighthouse Financial. It offers up to an 11.5% return on the S&P 500 in one year with a 10% buffer. With the same buffer, an investor could earn up to a 45% return over three years on the S&P 500 and up to 200% over a six-year term.

What Type of Annuity Shopper Might Like This Product?
This annuity targets prospective investors who are relatively conservative but not as conservative as an FIA buyer. They are more willing to take some risk for a bigger potential gain. They are less aggressive, however, than variable annuity owners, who have no protection at all against market losses.

This depends on the insurance company. There may be only two or three, or, in the case of AXA, up to nine, including non-mainstream indexes such as MSCI Emerging Markets, Dow Jones U.S. Real Estate and Energy SPDR.

How Diverse Are Investment Options?
This depends on the insurance company. There may be only two or three, or, in the case of AXA, up to nine, including non-mainstream indexes such as MSCI Emerging Markets, Dow Jones U.S. Real Estate and Energy SPDR.

Who Are the Players and Do Potential Returns Vary?
Only three insurance companies sell this product. In addition to Brighthouse Financial, they are France-based AXA and Alliance Insurance.

Do Insurance Companies Commonly Offer Both a Structured Variable Annuity and Fixed Indexed Annuity?
The answer is no. Only Alliance offers both. A big reason is simply logistics. Selling a structured variable annuity (or a variable annuity) requires a securities license; selling an FIA does not. Established insurance companies selling FIAs have already built an indirect sales network composed of many advisors who do not have security licenses. These advisors do not sell variable annuities, either.

Retirees Face the Scariest Stock Market Since the 1930s

What options are currently being considered by some retirees?

Should You Buy an Annuity? That Depends – But You Certainly Should Take a Good Look at One

The fact is, however, most retirees, including millionaires, periodically worry about the possibility …

How to Shop for Fixed Indexed Annuities (FIAs) 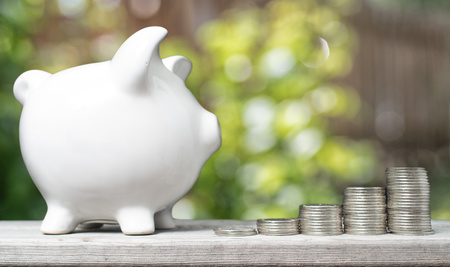 Insights into Buying a Second Annuity

Should you decide to proceed, don’t be put off by the fact that interest rates today are probably lower than they were when you bought your first annuity …